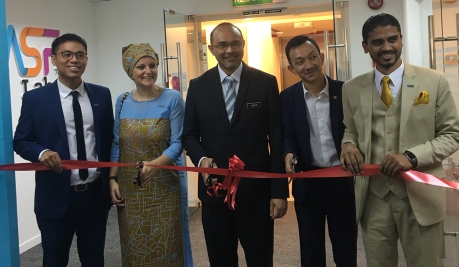 WSF Labs, located on Level 7 of the Webe Digital building, is set to be an incubator for new startups in Malaysia by offering free workspaces.

WSF is a global non-profit organisation based in California which brings together startup ecosystems across the globe through training and mentorship, cross-border collaborations, funding, media exposure and market expansion.

While many co-working spaces around Kuala Lumpur offer fancy amenities such as foosball tables and beanbags, WSF Labs is a no-frills space providing only the basics including WiFi connectivity.

However, despite the strategic location, inconvenience arises due to the dire lack of parking and absence of alternative car park options.

WSF selected Malaysia as the Asian hub of its global entrepreneurship programme, with the first WSF Lab in the region. The president of WSF, Freda Miriklis said, “Webe will get the opportunity to cherry-pick from some of the best innovations and disruptive solutions as a result of this partnership.”

During the media briefing, the panel was asked about the terms and conditions of earning a free spot in the WSF Labs incubator. Moharmustaqeem Mohammed, the CEO of Webe Digital responded, “The only condition for startups to work at WSF Labs is the desire to succeed and the ability to grow.”

Nonetheless, with this difficult-to-measure criterion for startups to fulfil as well as the absence of a revenue model for WSF Labs, the end goal of Webe Digital’s partnership remains vague.

According to Mohar, “What we hope to achieve is internal growth. While most people measure dollars and cents, we prioritise talent and exposure to new products and services.”

On a side note, congratulations to my good friend Udesh Chaskar for another successful and inspiring venture. Well done buddy !