The Esports Federation of Cambodia has announced the 2018 Dew Gaming Championship in addition to a raft of initiatives it hoped would help to boost interest among the kingdoms fledgling electronic sporting community. 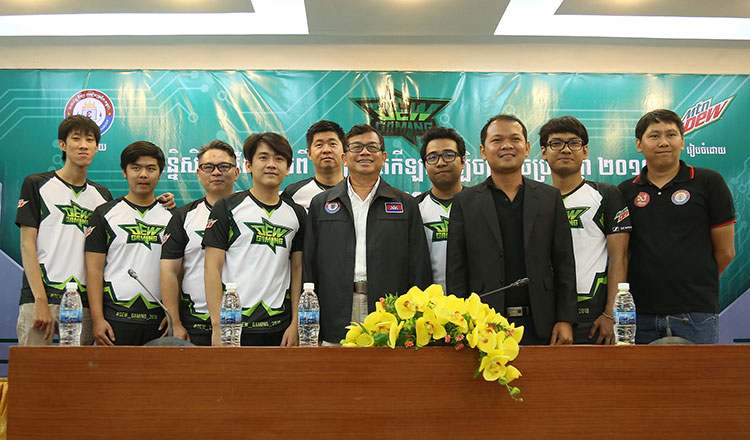 Earlier in June, a press conference was presided over by Chea Chanboribo, of the Esports Federation, representatives of sponsors Mountain Dew, as well as Cambodia’s premier DOTA2 team – XiT Woundz.

The federation said it is focused on this year’s tournament, as well as selecting a representative team for Cambodia for the MPGL (Mineski Pro Gaming League) to compete alongside 10 other participating countries

Mr. Chanboribo, who also serves as Secretary of State at the Ministry of Information, said that esports were progressing steadily in Cambodia.

“Esports differs from other sports in practice and training, he told reporters. “With other sports we must go abroad to play but with esports is very easy to play as each country competes online. Moreover, in the near future, we will be planning a simple PUBG tournament as well as CS:GO.”

“It is important for the media to help promote E-Sports, to inform the public and let them know what esports is. We will promote e-sports more and more this year,” he added.

DOTA 2 is largely considered as the pioneer of esports gaming as a mainstream competition. The game pits two teams of five players against each other with each team guarding a base with a central structure. The first team to destroy the other team’s base wins the game.